A Beginners Guide to
E Cigarettes

Discover The Vaping Experience For Yourself

The History of E Cigarettes

The very first e cigarette was invented in 1963 by Herbert A. Gilbert. Who took out a patent for a non-tobacco cigarette. Although the smokeless cigarettes did work , the market place was not ready for it. With tobacco smoking being widely accepted in society. The e cigarette as we know it today was invented by a Chinese pharmacist called Hon Lik. He is said to have developed the device after watching his father die of lung cancer. Hon Lik launched his first e cigarette in 2003. Since then the industry has grown hugely in popularity across the world. As a safe alternative to traditional tobacco smoke. 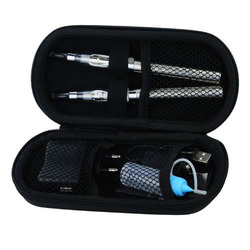 image from http://e-vapin.com
Although more research into the long term effects of vaping are needed. It is generally accepted that e cigarettes are far safer and healthier for you when compared to regular cigarettes. In an e cigarette the e-liquid is heated up to form a vapor which is then inhaled. Because the e-liquid is heated and not burned like a regular cigarette there are no carcinogens produced. There are also none of the 4,000 chemicals which are found in regular tobacco cigarettes. Recent studies have also found that e cigarettes are less additive than tobacco. So users find it easier to wean themselves of e-cigs compared to tobacco. There are also the following list of benefits to vaping : 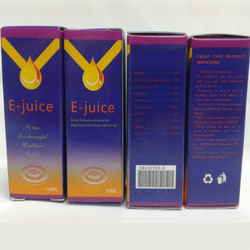 Image from http://e-vapin.com
E-liquid is basically the carrier for nicotine. It is typically made from 4 ingredients :